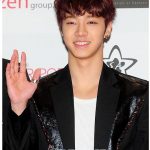 Known as the dancer in boy group BEAST, Lee GiKwang stands at exactly 170cm making him the shortest among the other members in BEAST. The idol has also expressed his uneasiness and sadness whenever his height issue is mentioned. Well, he might be the shortest member in the group, but GiKwang has his chiseled body that has driven lots of fan girls crazy to make up for the lack of height. GiKwang has also scored numerous acting gigs in the past years and has also been active in various variety and talk shows such as “Oh My School” and “Win Win.” 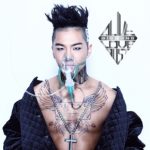 Taeyang’s height has been a hot topic among netizens, and it seems that this issue will press on for a while. There has been many photos of Taeyang surfacing on the net standing next to female stars whose heights belong in the 160cm and above category. Although his height has caused a debate among netizens, it seems that the public is finally settling on the fact that Taeyang is indeed standing at around 170cm. Although he isn’t the tallest member in BIG BANG, his dancing skills and sweet personality has definitely earned him praises. 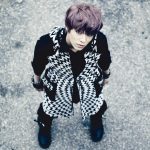 TEEN TOP’s rapper L Joe has been garnering headlines for his ability to play the piano and violin, speak in English and his improving rapping skills. Sadly, one of the hot topics being discussed about him is also his height in which he stands at 171cm. His small physique does make him look a little shorter than his real height. But nevertheless, the rapper has managed to capture the hearts of many with his handsome face and sexy smirks, which he constantly portrays during performances. Hey, even 4minute’s member Sohyun has expressed her feelings towards him! Soloist Jay Park who has been touring around to promote his latest album, ‘New Breed,’ and been keeping himself busy with regular visits to the recording studio and gym, has recently announced that he stands at exactly 170cm. Although he admitted that his major complex is his height along with his pointy ears, the singer shows no signs of letting his height issues get to him. He sure knows how to get to the hearts of the many fangirls with his precise and slick dance moves. Not forgetting, his super toned abs and sexy tattoos plastered on his body give him that extra oomph that takes away the attention from his height.

So here we have it! Our picks for male Korean idols who fall below the average height for Korean men. Though they might be at a slight disadvantage in this area, we couldn’t help but agree that there are definitely more than just height with these talented stars.

Do you have other idols in mind that you would like to share with us? Drop your comments below!