Korean Art of Face Reading: How to Know if Men are Players – Seoulistic

Korean Art of Face Reading: How to Know if Men are Players

Gwansang (관상), aka physiognomy (or “face reading”), is the ancient art of predicting someone’s personality or character based on facial features. And the facial features below, which are used to tell personalities, just so happen to be personality traits that make guys prone to acting like the next Hugh Hefner.

Note 1: This post refers to probability of males being playboys (girls have their own tell-tale signs).

Note 2: Although many people say there is a kernel of truth to these, face reading is real ancient, so most Koreans don’t pay much attention to these (and many don’t even know these exist!). Just use this as a fun conversational topic :).

Here are some facial characteristics of male players: Wide Space Between Eyebrows and Eyes

Old school Korean face readers say that having a wide space between the eyes and eyebrows are a common trait of mega handsome model types, which equals getting a lot of attention from the ladies. The personalities of men with this trait are also known to be really easy going and free spirited, too. So if a boys has got a wide space between his eyes and eyebrow, he might be good looking and and super easy going. And no matter where you’re from in the world, attention from girls + free spirit = high probability of being a playboy.

Vertical Lines on Your Lips

With this one, you’ll probably learn more about your face than you’ve ever known. Because seriously. Who pays any attention to the lines on their lips? Well old school Korean physiognomist monks, that’s who! According to this ancient face reading practice, guys with many vertical lines on their lips are more prone to being cold-hearted and thus difficult to have deep relationships. But at least they’re known to enjoy spending a lot of time with their girls… in bed. And that’s one of the worst kinds of badboys :(.

Birthmark Under Your Eyes

Having a birthmark under your eyes is another sign of guys and their penchant for girls. Face readers back in the day saw these marks their mommas gave them as signs of men who lack a certain type of Korean love (jeong – 정). Maybe that’s why if boys have a little mark under their eye, they’re also prone to relationships that are always on the rocks and are always on the hunt for ladies (even after getting married!). Their badboyness won’t stop there though. Their kids also have a high chance of being a playboy, too! Like father, like son! 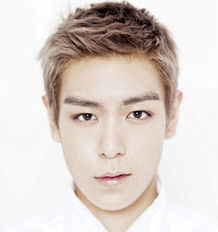 According to face readers, this is a typical characteristic of pretty boy playboys. It’s also pretty deceptive! It’s a nose that gives off a first impression of being a gentle soul, so it’ll attract the trust and attention of many members of the opposite sex. But women be warned! These men also got some skills with the stuff you do at night with girls (hint: it’s stuff you don’t talk to your parents about!). The face readers don’t necessarily say that you are a playboy. But they do say that you’re a pretty boy that has the trust of girls all around you and that you’re awesome at boom boom. And seriously, where else is that going to lead? 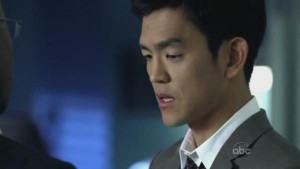 Double Eye-lids only on One Side

Note: Actually, this one may not have come from the old school monks who came up with this stuff. But in modern day Korea, this is the one all Koreans know!

If you’re not so familiar with the term double eye-lid [ssangkkeopeul (쌍꺼풀) in Korean], it refers to eyes with a fold. It’s much more common for non-Asians to have these eyes, but Koreans get it too. What’s not as common is when boys are born with a double-eye lid only on one eye. If a boy’s got uneven eyelid fold, people in Korea say that he’s a bad boy; meaning, they like to play with many friends of the female variety. Maybe it’s because one eye is looking at the girlfriend, and the other eye looking at the hottie walking across the street. Whatever the case. If he’s got only one double eye-lid, he better make sure he’s got an alibi for the girlfriend!

Although it’s not a facial feature, many Koreans say that boys with blood type B have the highest chance of being the worst doubles partners in the game of love. They’re typically self-centered, and therefore lack a lot of compassion and caring for their girlfriends. They just kind of do what they want, too. And that typically ends up being a bad boyfriend choice, sometimes even being players.

Here’s a video of these Korean blood type superstitions!

Like we said before, don’t take these so seriously. It’s an ancient practice that’s not practiced widely today. Many Koreans won’t know these as well. But they sure make great conversation topics 🙂

What do you think? Do you think there’s some truth to this? Write a comment a let us know!