Lost in Korea? How You Can Always Find a Decent Restaurant in Korea! – Seoulistic

Lost in Korea? How You Can Always Find a Decent Restaurant in Korea! 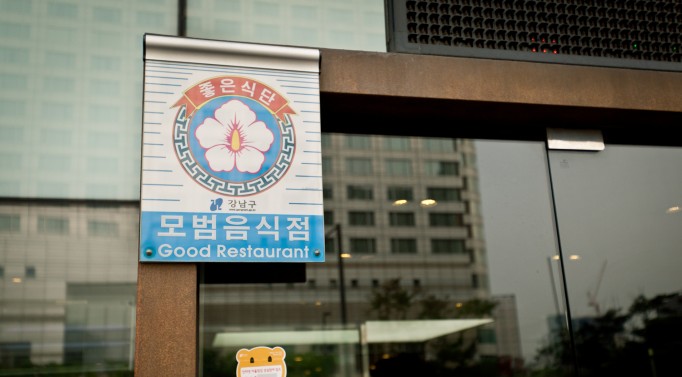 On your trip to Korea, you might find yourself wandering while sightseeing in Seoul. But if you’re just walking around aimlessly, chances are you don’t know where to eat. Use this tip to find a sure fire bet for where to eat in Seoul! (Not just Seoul. Other cities also apply!)

Although there’s no single way to determine an official “best restaurants in Seoul” list without controversy, local governments throughout Korea have been able to create a “best restaurants in Seoul” (or any other city) list that works! Local Korean governments have setup a recognition program called 모범음식점 (mobeomeumshikjeom), or exemplary restaurant. The criteria isn’t based on taste (after all, who knows what Joe Schmo likes to eat). But trust us. You should still seek these restaurants if you’re ever wondering where to eat. Here’s why:

Governments award restaurants in Korea with this prestigious badge of honor based on a rigorous application process that includes an on-site inspection and a decision by committee. The criteria is based on cleanliness, one of the basic standards of what a good restaurant should be. If the owners can get cleanliness down, then another basic requisite is food (duh!). As a result, the majority of these restaurants have exemplary food because it’s simply what you’re supposed to do good when you run a good restaurant.

If you’re ever lost and hungry and wondering what to eat in Seoul, look for these signs in front of restaurants. You’ll be sure to get a clean restaurant and food that ranges from good to exemplary!

Tip: The vast majority of these restaurants are Korean food restaurants. Yay!

Have a favorite 모범음식점 (mobeomeumshikjeom) you go to? Share with us in the comments!