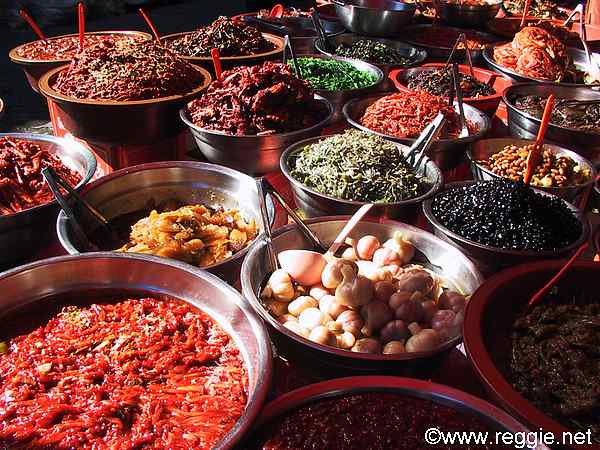 Gochujang is probably the most famous and most used condiment in Korean cuisine.  It’s primary ingredients include red chilli powder, glutinous rice powder, fermented soy beans, and salt.  Traditional earthen jars can be used to ferment Gochujang for years!  It is mostly used for sauces in Bibimbap, Tteokbokki…well mostly anything red ;). Although Gochujang is used to make foods spicier and somewhat sweeter, don’t be intimidated by the devilish red color.  If you don’t like spicy food…well, good luck trying to avoid this muahaha~

Doenjang, which mean ‘thick paste’ in Korean, is made from crushed, dried, and then fermented soybeans.  Sometimes anchovies are added to enhance the savoury flavour of the Doenjang.  The raw paste can then be combined with vegetables as a flavoured seasoning.

Unlike Doenjang, Cheonggukjang is fermented for a shorter time with the addition of healthy bacteria, ummm yummy.  This is most commonly used to make cheonggukjang jjigae which is a popular stew in Korea.  Additional ingredients include tofu, onions, and potatoes.  How to make Cheonggukjang jjigae you say? Just add water! Easy peasy! =D

Ganjang is a Korean soy sauce made from fermented soy beans.  When soy beans ferment it produces two separate products:the dark liquid which is the Ganjang, and Doenjang.

The most commonly used vinegars in Korean cuisine are black, rice, and persimmon vinegars (감식초).  Korean vinegars are used a lot to pickle vegetables such as yellow radishes 단무지, cucumbers, spinaches, etc. to eat as side dishes.

Ok, maybe it’s not a‘Korean’  per se, but yellow mustard is a very important ingredient for Korean side dishes and salads.

Sesame oil can be referred to as the ‘olive oil’ of Asia. It is the base of most Korean cooking and can be found in the majority of Korean foods including Bibimbap, Korean BBQs, Naengmyun soup, side dishes, porridge, stews, etc.

Chogochujang can be made by combining Gochujang, vinegar, and sugar.  It’s a delicious sauce perfect for most meat based dishes, raw seafood (hoe, 회) and squid/octopus. 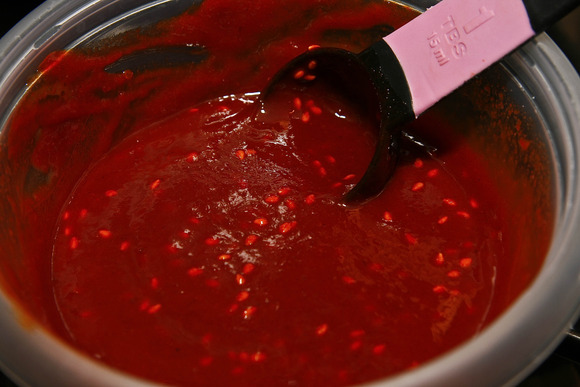 Ssamjang is made by combining Gochujang, doenjang, sesame oil, onion, garlic, and it basically means ‘wrapping sauce’ in Korean.  Why? It’s because it is most commonly used when you are wrapping meat in lettuce.

Gyeojakanjang is the mixture between yellow mustard (겨자) and soy sauce (간장) and it’s a great dipping sauce for Korean sashimi (회). 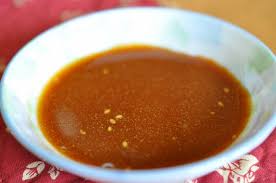 Jeotgal is a salted fermented food in Korean cuisine.  Jeotgal are made with various types of seafood such as fish, shrimp, crabs, fish intestines, etc.  Many varieties of Jeotgal are one of the key ingredients to make a tastier and fresher Kimchi.

Saeujeot is the salted fermented food made from small shrimps. It mostly used in Kimchi and dipping paste for Bossam (boiled pork).

Myeolchijeot s the salted fermented food made from anchovies.  Along with Saeujeot it is the most commonly used jeotgal in Korean cuisine especially in Kimchi.

Gganarijeot is the salted fermented food made from sand lance and can be found in supermarkets as ‘fish sauce’.  It is a crucial ingredient to make radish and cabbage type Kimchi.  Gganarijeot is a slightly more expensive version of anchovies.

Gejeot is the salted fermented food made from fresh raw crabs. It is marinated in soy sauce or chilli powder sauce. Some varieties of Gejeot can be eaten and preserved for one year!  Depending on provinces and where you are in Korea, there are different types of Gejeot.  However, all of them can be eaten as a side dish!

Chapssal is basically glutinous rice and is known for its stickyness.  It is an essential ingredient for making rice cakes.  Cooked rice made from Chapssal is used for stuffing in Samgyetang. 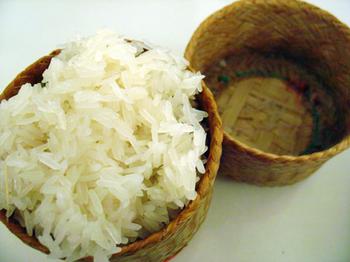 What are some of the traditional condiments used in your country? We would love to know!  Tell us by writing in the comment section below =D

Words by Ken Lee (blogger and lifestyle photographer for Seoul State of Mind).  For regular updates and photos of Korea, check out his Facebook page!