Want to Study Abroad in Korea? 14 Things to Expect 8) I get by with a little help from my sunbae!

Sunbae (affectionate term for upperclassmen) will often treat their hubae (underclassmen) to lunches, drinks, and dinners in which they shower the junior they’ve taken under their wing with advice and lend a sympathetic ear. This is called naeri sarang (descending love). Sunbae take their jobs very seriously and expect their hubae to call them whenever they are having any trouble. This can be especially helpful when broke and looking for a yummy meal.

Here’s another post on what it means to be an oppa, unnie, noona, hyeong (older in Korea).

Many Korean university students also work part-time to help pay for their tuition or to help pay for their weekend high jinks. Universities themselves hire a large number of their own students to help out with various jobs around campus. As a foreigner, many unique work opportunities on campus will be open to you, but many jobs off campus might be harder to get. But, if all else fails, tutoring is always a viable option.

In Korea, it’s not common to just walk up the hottie sitting next to you in econ and slyly pass them your number with a slick nod and smooth utterance of “call me.” No sir. Most Korean college students have either dedicated themselves to achieving the perfect TOEIC score (Test of English for International Communities) or will only meet possible significant others through their friends. The most common way for Korean university students to meet prospective significant others is in group dates called “meeting.” A group of girl friends will go with a group of guy friends and feel out who matches with who. Usually, there’s no pressure, and is just a fun time out with a group of boys and girls playing drinking games and feeling each other out. Then there’s the more private sogaeting, which is a blind date set up by your friends. Student organizations are also used as places for young singles to meet. But, if you upset the wrong person…

11) Transferring between universities is extremely difficult

And getting harder. For Korean students, the Korean ministry of education sets the number of students that will be allowed to transfer each year. This is because most students desire only to transfer to a school better than their current one. For a foreigner, you need to have attended a university for at least two years before you can attempt to transfer into a Korean university. Transferring between Korean universities, as a foreigner, is not a common procedure and would mean the requirements would be the same as freshman entrance into a university. 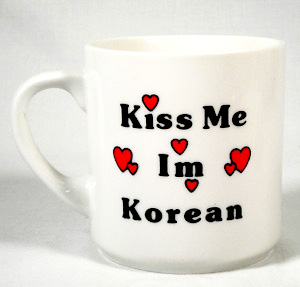 If you are considered a Korean national (dual citizenship)…

12) Koreans can’t major in just any thing they want.

This is only true for Koreans. As a Korean, once you’ve obtained entrance into a Korean school your testing days are not over. You’ll also have to take what is called the “entrance exam.” This exam determines what majors you are qualified to pursue. Even if you are extremely passionate about becoming an engineer if your test scores say you don’t have the basic mathematic score, you won’t be permitted to enter that field of study. If your scores say you’re best for accounting and not education, you either have to toughen up and play the hand you’re dealt, or go to a different university.

13) You’ll need at least one major and one minor.

Most Korean college students have one major and one minor. Most of the time it’s a minor within the college you’re majoring in, like an Economics major also minoring in Sociology. This often means that you’ll have a good deal more coursework than you might have experienced in your home country. (This is the system in S.K.Y. schools, but it might be less demanding in other universities)

Don’t try to live your Korean student life in the same way you lived as a student in your own country. The ability to adapt and adjust to Korean student life is the key to success in a Korean university. You will experience culture shock, no matter how much you’ve studied up or how many KDramas you’ve watched, but living through it and overcoming it is far from impossible. Just learn to go with the flow and roll with the punches and your life as a Korean university student is sure to be a pleasant one!

Are you a high school student looking to apply to university in Korea? Here’s how to get into universities in Korea.

Hopefully now you are up to speed on what it’s like to be a Korean university student. What’s it like being a foreign student in your country? Leave us a message in the comments below!