10 Foreigner Bars in Seoul to Drink and Make Friends – Seoulistic

10 Foreigner Bars in Seoul to Drink and Make Friends If you’ve ever been to a Korean style bar, you know it’s not too easy to meet new people. Everyone is there with friends, and bar layouts do not follow drink and mingle feng shui rules. So if you’re a lonely and thirsty soul in Korea, head over to these 10 foreigner bars in Seoul to make new friends! Dillinger’s is a very good choice for those bumming around Itaewon looking for a bar. The music is really what makes this bar interesting, as they play a big mix of American music from the 90s-2000s-Today. This foreigner bar in Seoul also hosts a trivia night (pub quiz) every Thursday and has trivia league competitions as well. The best special is the Mason Jar Double, a good cheap way to get a buzz. Grab a mason jar on trivia night and either ask to join an existing team or start up a friendly rivalry between your team and another. Nothing feeds socialization like cheap booze and useless knowledge!

Itaewon, Exit 4, walk straight passing Outback, it’s a second floor bar with the entrance down a mini-alley where there’s also a Korean pottery store, look for the bright yellow sign!

Check out this in depth review by One Shot Seoul!

Our Irish readers will feel right at home in the two-story Wolfhound pub in Itaewon.  Groups of Irish revelers are known to wander around various bars in Seoul on the weekend but always return back to Wolfhound to rest their weary souls or to get their third wind! The food isn’t half bad either! Two for one fish and chips on Tuesday is a pretty sweet deal! The second floor is more for established groups of friends to hang out. The third floor, however, is an excellent place to mingle. Buy someone at the bar an Irish Car Bomb and you’re off to a good start for your night!

Itaewon, Exit4 , do a 180 and then take the first right, after that take the next right, Wolfhound is on the second and third floor. 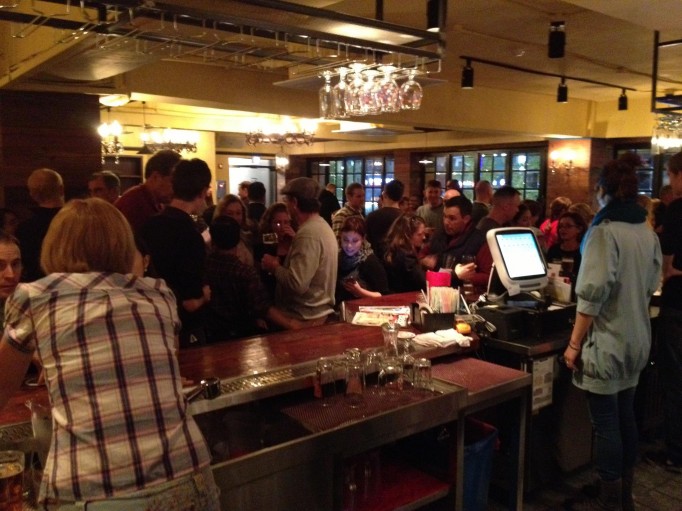 Tired of the same old Cass, Hite, and OB? Head to Reiley’s Taphouse for one of the largest selections of imported draft and bottled beer in Seoul. The beer menu comes with very elegant descriptions of the different flavors of all of the beers and the staff is very friendly and accommodating to their largely foreign clientele. This is also home to Asia’s only certified Cicerone (expert in pairing beer with food), so trust their recommendations! If you’re looking to meet new people, ask someone what beer they’re drinking and if they can help you choose a tasty one, just make sure you buy them a round to thank them!

Itaewon, Exit 2, go straight and Reiley’s will be on the second floor above Smoothie King Not every bar in Gangnam is glitz and glamour! Bulldog offers a very comfortable atmosphere with overwhelmingly pleasant bartenders. They’ll play pretty much any music you ask for, a big plus for those picky music consumers out there. One of the biggest pluses, however, is that they offer their entire pub menu until they close. Chicken fingers at 3am? YES PLEASE! Mingling here is best induced by shots. It’s tradition at Bulldog that whenever you take a shot you have to yell “BOOM-BANG-FIREPOWER!” You couldn’t ask for a better icebreaker!

Shinnonhyeon station, Exit 5, walk straight, take the first left and then the next right, Bulldog will be on your left. If what you’re craving is a traditional British pub in Seoul, look no further than the Rose & Crown. There’s an extensive beer and pub menu that’s sure to please. As the night goes on it becomes easier and easier to mingle tables. However, we also recommend Rose & Crown for a drink after a nice date as the window-side tables can be quite romantic. If you want something more single-friendly, you can grab a game of darts or start a tournament!

Itaewon Station, Exit 1, take the fourth alley on your right, look for the red windows