The world of solo singers is rapidly changing in KPop. Whereas it was previously lorded over by ballad singers, nowadays rap and r&b singers are gaining popularity and breaking the molds of what KPop can be.

You cannot talk about solo acts in KPop without talking about the ballad singers, whose queen is unmistakably the outstandingly adorable and talented IU. She is matched by K Will, who manages to be both extremely sexy and wholesome at the same time. Other ballad singers include artists such as Wheesung, Kim Bum Soo, BoA, and Ailee. Their music is extremely soulful and heartfelt and no music is better suited to sitting in a café across from someone you’re hoping to kiss later. 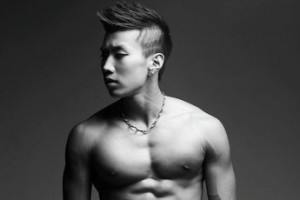 R&B Solo Idols have become more and more popular in Korea, but are starting to be overtaken by the rising rap performers coming out of the woodwork. The wave of R&B music was led by none other than the head of JYP Entertainment, JYP himself. He’s not just an incredible producer, but an amazing performer as well. He’s inspired such talented artists as Se7en, G.Na, and Wooyoung. However, no KPop solo act has ever been as influential as the charismatic Rain.

Rap Idols just seemed like the next logical step for the KPop industry. Almost every KPop group song features a bridge section of rapping and in the past two years, thanks to the success of G Dragon and his counterpart T.O.P., the group rappers and solo acts have been breaking out. You can’t talk about KPop rap without mentioning the American-born Jay Park. This summer, female rapper CL exploded onto the scene, hopefully inspiring other rapper members of girl groups to branch out.