Impress When Dining with These Korean Etiquette Extras! – Seoulistic

Impress When Dining with These Korean Etiquette Extras! Have you seen our video on Korean table manners? There can be a lot of rules and formalities, and a few social faux pas you don’t want to make. If you haven’t already, watch it!

But that’s just standard Korean table manners. But you know how holding the door open for someone isn’t a rule, but is just something nice you can do? Well just like holding the door open, we’ve found a few extra things you can do when eating. And by the end of your meal, you’ll be impressing with these Korean etiquette extras! 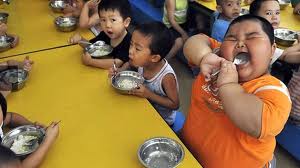 For older Koreans who grew up in not-so-easy times, eating everything on the plate, even the last grain of rice, was a given. And although Korea’s gotten richer and has more food, many older Koreans still value this for younger people. It might be strange to hear someone compliment you on how well you eat, but if you’re a younger person who can eat a lot, older Koreans might love you. So definitely overeat when with grammy and grampy. Overeating with friends, is just overeating. 🙂

See this tip in our post: 8 Ways to Make a Good Impression in Korea! Take Care of Others (Utensils, Water)

Being aware of others is highly valued in Korea. And that means at the dinner table, you can show how much you care by setting up everyone’s utensils! At most normal Korean restaurants, the utensils, cups and water will all be self-serve. And if you beat everyone to the punch, that means you’re the most polite (jk, there’s no race — but it does mean you’re pretty thoughtful ;)). Right when you sit down, find the utensils and set them up for everyone else at your table on top of a piece of napkin (doesn’t make sense? see why here). Also, pour water for everyone else. And if you’re having politeness war with someone at your table and you lose round one, just keep your radar sharp so you can swoop in for round two and pour some water when someone needs more!

Tip: Pouring alcohol has a bunch of other rules, see this video if you haven’t already! Banchan are those amazing side dishes that come with any Korean meal. They’re so good that sometimes you can just eat those for the entire meal without even needing a main dish. But since they are communal, there will be times when you and someone else reach for the last piece of your favorite banchan. To avoid awkward chopstick dancing and the just-as-awkward “oh I’m sorry, you can have it, but I actually want it” eye contact that follows, most Koreans won’t eat the last piece of banchan. Instead, they just ask the staff for more! Many times when ordering communal dishes in Korea, someone will have to tend to the samgyupsal grilling on the barbecue pit or the big pot of gamjatang cooking in front of you. But when you’re in the middle of a really heated conversation over the prettiest member of Super Junior, the conversation and the meat can start to burn! That’s why there’s usually one person to do the grilling and stirring (for soups). And it would be super nice if you did it 🙂 Another nice thing would be to take over for someone else if they’ve been doing it the entire night. Help save super tired arms! Make Sure Others Eat

So the meats are cooked and the soups are done and it’s time to eat! But sometimes because of uneven seating arrangements, your friend might have a harder time reaching the food than you do. If that does happen, be a good friend and put some of the food in another bowl and hand it over to your friend. And if someone’s poured you a bowl from the big pot of kimchi jjigae, offer it up to the person next to you! Making sure that others eat is not a rule, but makes you look like etiquette master 🙂 If you’re in the mood for kimchi jjigae and your friend wants gimbap, you can of course order individually. But if you do, offering your friend some of your own food might be a good idea. And of course if you receive some, you should offer some of your own back. It’s common to ask for an extra plate (apjeopsi – 앞 접시) and just giving a portion of your food to your pal. And just to make sure you’re not licking the inside of your friend’s mouth, remember to use clean utensils 🙂

Have any more to add? Feel free to add in the comment section!

Related Posts: 8 Ways to Make a Good Impression in Korea and How to Eat in Korea like a Local