14 Reasons Why Living in Seoul, Korea is Awesome! – Seoulistic If you’re thinking about moving to Korea, you might just be making the best decision of your life! Obviously, we’re biased over here at Seoulistic, but here’s a list of reasons why living in Seoul, Korea might be for you! Here’s a few cultural and etiquette tips on How to Ride the Subway Like a Local! Most major cities around the world have access to nature within city borders, and Seoul is no exception. If you live in Seoul, you have Bukhan Mountain, a national park that can be climbed in less than a day for some of the best views of Seoul. There’s also countless other smaller neighborhood mountains that can be climbed. If you’re more of a water person, the Han River is one of the best places to go in Seoul. You can ride a bike, jog or even windsurf. The major parks in Seoul are kept clean, and they’re very accessible, even with public transportation. If you need a nature break from looking at a computer all day, Seoul’s got tons to offer.

The Han River is one of the best places to visit in Seoul. See our post on 15 Activities Along the Han River!

Korea is not home to any 3-star Michelin restaurants, but that doesn’t mean the food isn’t good. Go to any average restaurant in Seoul, and you’ll have Korean comfort foods like kimchi jjigae and seolleongtang make you feel like you grew up with your very own Korean grandma. It’s also affordable for everyone; you can get lunches and dinner for 6,000 won. Plus, Korean food is very well-balanced with a good amount of vegetables and meat in every meal. Living in Korea will change your diet, and it’s probably for the better.

Looking to fit in better? Here’s How to Eat in Korea Like a Local! 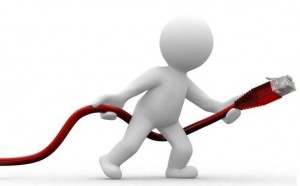 4. The Internet in Korea

Living in Korea, you’ll be spoiled by super fast internet speeds. And in practical terms, that equals download large music albums, movies and programs in minutes and sometimes even less (when downloading from Korea-based servers). But more than speed, you’ll love the fact that you’re always connected. Busses, subways and high speed trains all have wifi. You can also go to the many cafes that offer their wifi for free. or even latch on to the plethora of unprotected wifi spots.

If you’re traveling to Seoul, check out our post on 10,000 Free Wifi Hotspots in Seoul (with maps)!

Living in Korea can be very affordable for those looking to save money. If you happen to get a job here, many companies pay for your housing. And that’s a huge money saver. But even if you’re paying rent on your own, rents can go as low as 300,000 won for small studio apartments. Hanging out with friends doesn’t have to be expensive either. A night of singing at a noraebang or watching a movie can be less than 10,000 won. Although Korea is one of the richest nations in the world, the prices are still very affordable for many.

Here’s a general overview on Cost of Living in Seoul, Korea.

Generally speaking, Korea is a very safe place. And although there are cases of theft, rape and murder just like in any other country, it’s not very common, nor are people afraid of these crimes. Many people will leave their laptops, mobile phones and bags and go to the bathroom with complete faith that their stuff will be there when they come back. And they’re usually right! Women walking home alone past midnight is also a very common sight. The only thing you might be worried about is North Korea. And you shouldn’t be. Here’s why: The delivery culture in Korea has been around for a while, and its developed its own unique benefits. When ordering food delivery, plates and bowls are provided by restaurants so you don’t have all that trash. They come back to pick it up. Both the environment and garbagemen rejoice. Also, delivery goes to places without addresses. You can order delivery while having a picnic on the Han River between the baseball field and swimming pools. And delivery is not limited to food. If you’re going to an important meeting but forgot your notes, you can have that delivered to you in less than an hour, too!