10 Things You Can Do ONLY in Korea! – Seoulistic 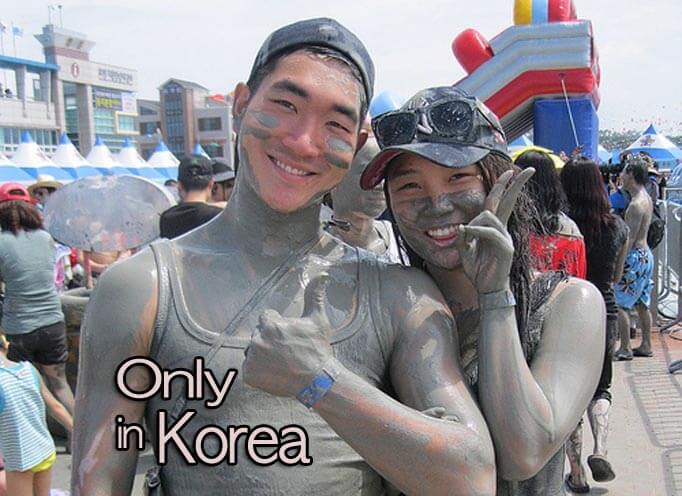 If you’re planning your trip to Korea and have only shopping and eating on your list… pretty good choices. Korea’s pretty awesome for that. But don’t forget to do some unique things you can ONLY do in Korea. Here’s 10 to get you started. 1. Eat a Korean traditional dessert at one of the world’s best hotels

The Shilla Hotel is where Bill Gates, President George Bush, and Michael Jackson chose to stay when they visited Korea and is also the wedding site of many well-known Korean celebrities such as Jeon Ji-Hyun. It has been ranked as one of the top 500 hotels in the world by Travel and Leisure magazine.

In the lobby area of the Shilla Hotel you can find the Library Bar & Lounge, where they serve the Korean traditional dessert called patbingsoo (팥빙수). Patbingsoo is a very popular dessert in the summer time and typically consists of shaved ice combined with condensed milk, ice cream, small rice cakes, and sweetened red beans (or azuki bean paste). Here, however, you will find a variation on this traditional dessert. The shaved ice grains are so fine that it feels like snow powder rather than the usual crushed ice. The real unique addition here though is the 2 whole sliced apple mangoes that are imported from the popular Korean honeymoon location, Jeju Island. Get ready to shell out a few dollars though as this dessert will run around $40. Savoring every bite won’t be a problem here.

2. Attend the largest church in the world The concept of a megachurch takes on a whole another meaning here in Korea, where, statistically speaking, nearly 1 out of every 10 people living in Seoul is a member of this church. Yeouido Full Gospel Church boasts nearly 1 million church members and its Sunday service can hold approximately 26,000 people with 600,000 people cycling through one of its seven Sunday services. Regardless of your religious background, it is staggering to not only think of the rapid growth of Christianity but also the scale to which Koreans take it.

Get a sense of a strong part of Korean culture by attending one of Yeouido Full Gospel’s Sunday services, but be sure to show up at least an hour ahead of time to get a seat in the main sanctuary. Otherwise, you’ll be watching the service on television in one of the overflow rooms with all the other latecomers. 3. Cross the border into North Korea and safely come back

Additionally, the DMZ tour will allow you to visit some of the tunnels that the North had drilled underground toward the South. Up to now, there have been four that have been discovered (the most recent one being in 1990) and there are believed to be additional yet undiscovered tunnels.

Book your tour to the DMZ here!

Visits are conducted by tour group operators only. 4. Do Gangnam style in the Gangnam district

NB (Noise Basement) in Gangnam is a great place to pay homage to Psy’s Gangnam Style song in the Gangnam neighborhood itself. This is the best place in the world where you can strut your stuff to the video that has garnered 1.6 billion views within the past year (hard to believe that this is nearly 5 million views per day). Here you can also get a glimpse into the real meaning of the songs lyric, which satirizes the rich, new luxurious lifestyle of those that frequent the area. Here, the crowd comes from money, is well dressed, and ready to party. See if you can spot the inspiration for Psy’s song lyrics here.

You’ll have to pay a small cover to get in but it’s worth it. Inside there are a mix of spaces, including a bar upstairs and downstairs, a large staircase where you can scope out the crowd, and of course, the main dance floor.

While the majority of the clubs in Seoul tend to play more of the Euro electronica music, NB plays both hip hop and well known commercial songs. Once Gangnam Style comes on, be sure to let the locals know that non-Koreans know how to Gangnam Style too.