Seoul isn’t as cheap as it South East Asian neighbors, but it’s still relatively affordable for most travelers. Whether you’re looking for cheap accommodations, Korean meals that can be had for less than 5,000 won (complete with free side dish refills!) or some cheap shopping, Seoul’s got you covered. Sure there are plenty of trendy and expensive venues that rival notoriously expensive cities like London, Tokyo or New York City. And if you’ve got the dough, you can definitely make it rain in Seoul. But the fact that you can get a bottle of soju or a a roll of gimbap for 1,500 won (approx. $1.33 USD) means you don’t have to be rolling like Jay-Z to have a good time. Seoul is very affordable for both traveling and living. Incheon Airport is consistently voted one of the best airports in the world, and that’s one of the reasons it’s a major transportation hub in Asia. If you’re going somewhere else in Asia, chances are you might have a stopover in Korea. There are also direct flights to Seoul from nearly every major airport in the world (with the exception of places that are literally on the opposite side of the world — i.e. South America and Africa). Coming to Korea is easy. Do it! Landing at Incheon International Airport? Here are 25 Reasons it’s the Best Airport in the World! (Really, every corner of Seoul)

Although Seoul is a very big city, you can access pretty much every corner of Seoul using only public transportation. Subway stations are well spaced and are easily accessible from pretty much anywhere in Seoul. And even if you’re going to a place that doesn’t have a subway station, the busses got you covered, homies. They range from long distance buses that’ll take you to the outer suburbs to local-only buses that’ll just take you up a big hill. Lazies rejoice!

On top of getting you everywhere, public transportation is also quite cheap. Base pay is 1050 won (approximately 93¢ USD) and there are free transfers to other subways and buses. And when the subways close late at night, taxis are also quite affordable (base fare starts at 2400 won – approximately $2.10 USD). Be happy. You’ll have more money for shopping and/or booze ;).

Make sure you know when it’s cheaper to take a taxi in Seoul! If you’re a fan of looking good, you should definitely visit Seoul. Shopping is one of our most recommended activities! Korean fashion is unique, and it comes at cheap prices. You find unique and interesting Korean fashion items that none of your friends have for prices starting at 10,000 won (approximately $8.90 USD). Yay for looking good on the cheap! Looking for Korean fashion brands?

If you can’t wait, you can older Korean Fashion online! 😀 Although Seoul is just like any other major metropolis with sky scrapers and traffic jams, you can still connect with nature right within Seoul. If you’re getting sick of crowded streets and neon lights, head up to one of Seoul’s many mountains. The city has several mountains, which can be easily accessed by public transportation and can be easy climbs of two to three hours. For a more hardcore mountain, head over to Bukhan Mountain, a national park, for a full day of trekking. 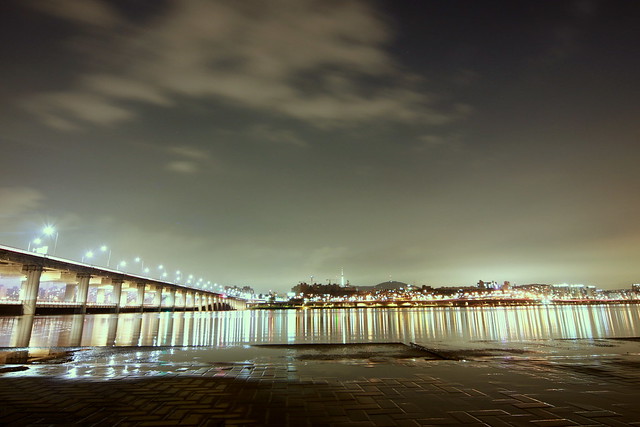 Maybe you got bad knees. If so, you can always just chill out at the Han River, one of the most beautiful spots in Seoul. It’s a great place for picnics, bike riding, flying kites, and romantic dates. Either side of the river will give you a picturesque skyline at any time of day, and you’ll always have a nice refreshing breeze from the river.

Check out this post for 8 Han River Cafes with Spectacular Views!