If you are in Korea, you will uncover some interesting, fun, and bizarre things about the Korean culture 😛 You may also notice things that can be out of the normal cultural context and have yourself asking, “is this even normal?!” Well look no further, you’ve come to the right place. We would like to unveil 10 Random living in Korea and Korea travel tips 😀 Yep, no tipping in Korea. That means forever never ever (or at least until you leave) will you have to worry about having to tip for restaurants, taxis, and just about ever other service! But let’s say that you did tip in a restaurant, or even tipped a taxi driver, they are probably likely to give you their “huh?” face. Some higher end restaurants will include tip in your bill, but the majority of your stay in Korea will be totally tip free! And customer service is still pretty good! 🙂 Service industry: Korea 1, Other Places 0. 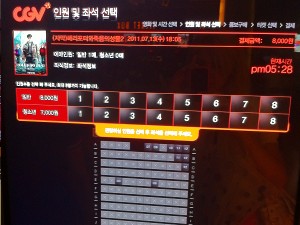 We’ve all been in a situation where we scramble for seats and have to ask the occasional, “excuse me, is anyone sitting here?” Well some smart cookie in Korea carefully planned the idea of assigned movie theater seats. It’s an old school theater experience that requires foresight for early reservations (smartphone apps are usually easiest), unless you love siting in the first row. Just make sure you buy your tickets ahead of time for the good seats, and you’ll be ok 🙂 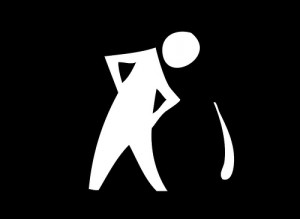 3.) Spitting in Korea is Acceptable, but Littering is a No-No!

Although littering is a crime in Korea, there are still some areas of Seoul where the law seemingly doesn’t apply. But certain areas are stricter (i.e. parks and ritzier areas), and you can get fined even for throwing a cigarette butt out (i.e. area near Gangnam station)! But who said anything about spitting in public!? Don’t be surprised if you see an ajeoshi hocking a huge loogie in the bathroom or on the streets of Korea. It’s not appreciated by everyone, but it’s still common with many Korean men (Oh, and sometimes women too :P). It’s hard for small changes in Korea to be made to the citizens, since it’s such a busy country. Some Koreans believe that changing the time even by 1 hour to adjust for daylight savings is either a loss or gain in the business world. Samsung will have none of that! Implementing Daylight Savings Time has been on the list of things to do, and the Korean government has tried to implement it almost every year but has been rejected every single time. Besides, there’s always that one friend who forgets about it and goes to work an hour late! 5.) Sometimes, One Person Pays For the Dinner or Drinks

Among students and the younger people, splitting the bill has become very popular in Korea; however, once you start having elders in the group, they may offer to pay for it all. Here, the whole idea behind Confucianism and hierarchy starts to come in play. Make sure to check out our video on Korean Table Manners, where we explain about how the oldest person usually starts off by eating first. But if you’ve watched enough Korean dramas, you know this by now don’t you 😉 Ok fine. Not a living in Korea tip or Korea travel tip, but this is just random as hell. Plus, picture of a dude with a perm? Can’t let this pass. The noun for perm in Korean is 파마 (pama, which sounds crazy cute by the way). But you can also use it as a verb in Korean. I permed my hair is “oneul pamahaesseoyo” (오늘 파마했어요).

*Boss asks why you were 5 hours late to work. You respond, “sorry boss, I was perming my hair”

“Okay, that’s fine. Since you were perming your hair, I’ll let you off the hook.” (Not really!) 7.) Cover Your Mouth When Using a Toothpick

Some people might think using toothpicks at the table isn’t the best manners. But it’s common throughout Korea. But at least Korean toothpick users realize that it’s not the best visual. That’s why most people use their toothpicks by covering it up with the other hand. The idea behind this is so that no one will see that nasty stuff you’re saving for later. Also it’s probably to prevent that awkward moment when you flick a piece of galbi onto someone else’s arm. (Tip: Pretend it didn’t happen.)

8.) You Must Use District-Issued Garbage Bags

Almost in every district and city of Korea, you must purchase a standardized garbage bag. Depending on which area you live in, most of the garbage bags will have a specific label for that city. For example, “Only for use in Anyang.” (a city in Gyeonggi-do, Korea). Also, there are different sized trash bags you can purchase to fit your needs. They usually come in 5, 10, 20, and even 50 liter sized trash bags! You can purchase these trash bags called Sseulaegi Bongtu (쓰 레 기 봉 투) at your local grocery store.

Tip: If you’re moving apartments in Korea and going to another district, you can’t take your paid-for garbage bags with you. Be nice and leave them in the apartment for the next owner 🙂 See our other post for everything you need to know about garbage in Korea. 9.) Stay to the Right on the Escalators

When you are in Korea, keep in mind that even escalators have their own way of dealing with human traffic. If you want to just stand, stay on the right. If you want to zoom your way to the top, walk up the escalator on the left side. Sometimes, you will see people just standing on the left holding up traffic jams and occasionally you will hear old ajummas yelling, “hey bud, stay on the right side! aigoo!!!” Check out our other Seoul Subway etiquette tips! 10.) Free Shuttle Buses from Seoul to Busan and Jeonju

This is one of the best of our 10 things to get absolutely free in Seoul, and it’s also for both Korea travelers and those living in Korea. The Visit Korea Committee offers free shuttle buses for those that want to see more than just Seoul. All it requires is a reservation 10 days in advance as well as a passport or alien registration card. And if you’re headed for Jeonju, we recommend booking a food tour with O’ngo Food Communications (aka Seouleats.com) for some bomb food (and drinks, if you’re into that ;)).